International architects and politicians came together on 21 October in Paris to pay tribute to Professor Carlos Moreno who received the third ever OBEL AWARD for his work on the 15-minute city.

Nearly 500 people, including Mayor of Paris Anne Hidalgo and other leading politicians as well as the global press, participated in the OBEL AWARD ceremony held on 21 October at the Hôtel de Ville of Paris – the seat of the Paris City Council since 1357 and the scene of numerous important historical and political events.

The event in Paris was representative of the OBEL AWARD and its vision in bringing together politicians, architects, and other professionals from all over the world in a solemn but also action-oriented celebration of cities, of new urban thinking, and of global political action.

In the grand, neo-renaissance Salle des Fêtes, Professor Carlos Moreno accepted the OBEL AWARD 2021 for his urban concept ‘The 15-minute city’, which envisions a truly liveable and sustainable urban future that places each global citizen at the heart of their own city. 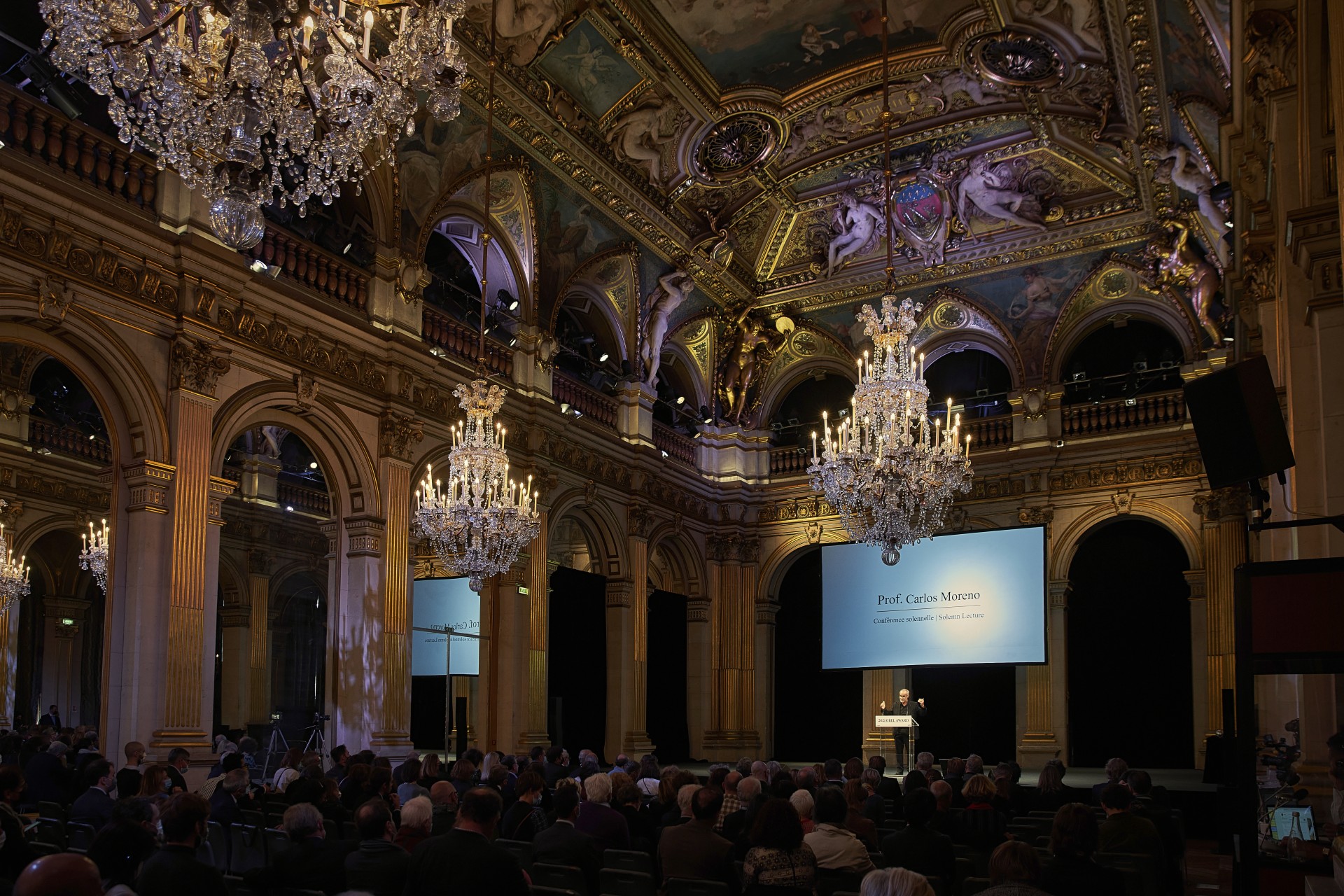 “As a jury, we’re asked to award pioneering works and groundbreaking efforts within the many fields of architecture, including urban planning and landscape architecture, which are in service of the people,” said Martha Schwartz, Chair of the OBEL AWARD Jury, in her speech.

“The 15-minute city provides an urban environment that is planned FOR the people, shifting the focus back to the individual human being and to quality of life. It supports the idea of community, membership, and belonging.

The 15-minute city also addresses the largest, most difficult problem facing humanity, which is how to protect our global cities in the face of climate change. The 15-minute city is a simple, but RADICAL idea for how we can re-spatialize our existing cities and plan and design new cities for the future,” she added. 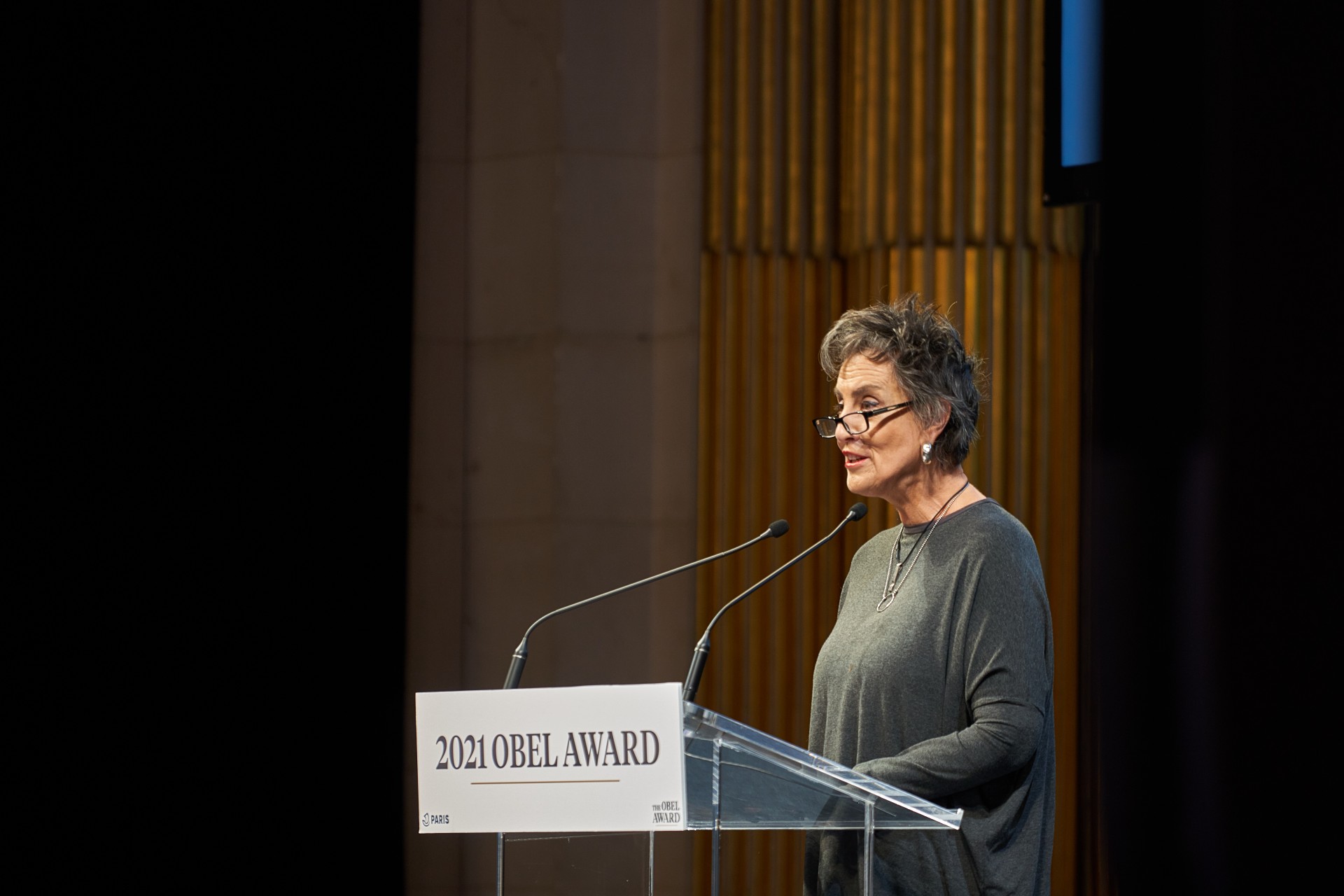 “This event gives us the opportunity to highlight the central role of architecture in improving our quality of life.”
– Anne Hidalgo

Mayor of Paris, Anne Hidalgo, who has worked closely with Professor Carlos Moreno on implementing the 15-minute city concept in Paris, introduced the winner and said:

“This event gives us the opportunity to highlight the central role of architecture in improving our quality of life. It is a recognition of Carlos Moreno’s contribution to a better quality of life. And I am happy to know that thanks to this award, the 15-minute city will inspire architects, politicians, and citizens alike to work together.” 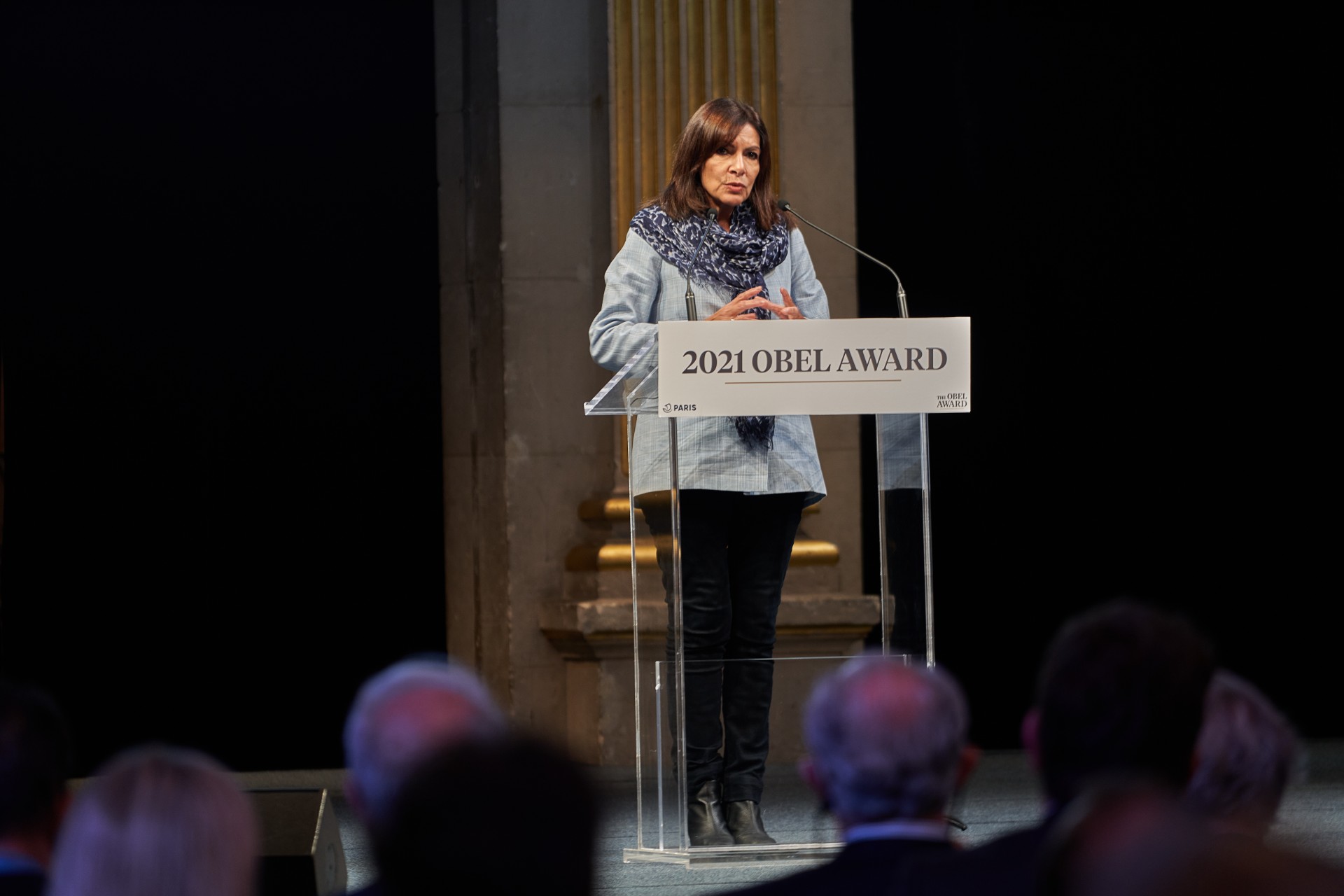 “A long time ago, I learned that in an Amazonian community, the word “thank you” did not exist and that its equivalent was “pweki”, which means “I did it because it had to be done.” This ancestral wisdom has impacted me for life.

Indeed, in these times of great challenges, my commitment for living cities “had to be done,” but I would never have achieved it on my own. Hence, I must thank many people because this prize is the result of many years of work, of meetings, of intense activities devoted to the search for new ideas, the animation of teams, the exploration of different paths, the confrontation with different realities, and constantly switching between theory and practice. But the most important element in shaping the 15-minute city concept is the sense of sharing and mutual exchange. It is this exciting journey that is being awarded here today.” 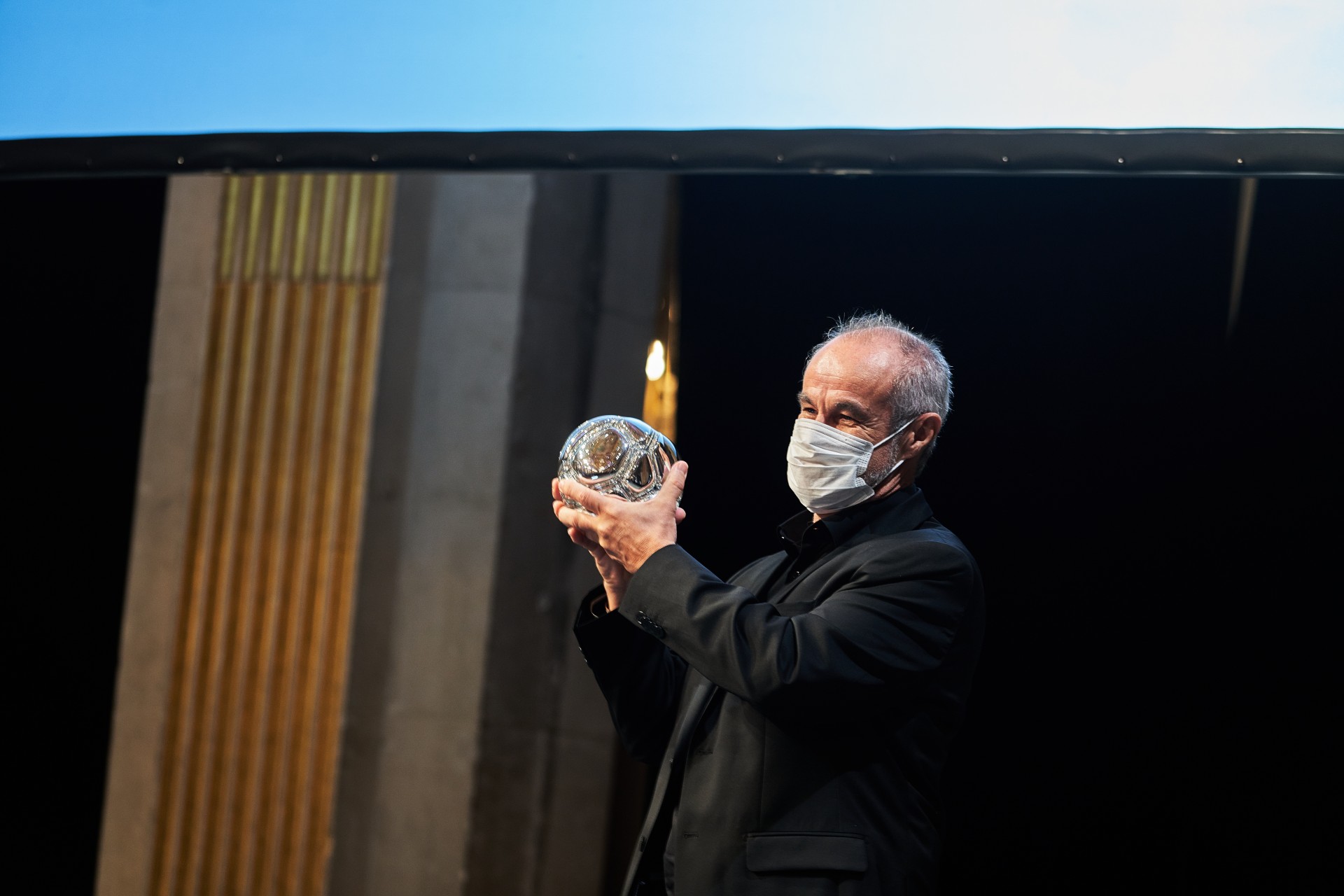 Carlos Moreno also chose the OBEL AWARD ceremony as the occasion to announce for the first time a new initiative by the 15-minute city team: the International Observatory of Proximities. The initiative is supported by the global network of cities for climate, C40, the UN HABITAT, the international Union of Architects (UIA), and other partners. This powerful global ecosystem, which will be launched in January 2022, aims to promote the idea of proximity in our cities and territories – spatial proximities as well as social, cultural, cognitive, and digital.

READ MORE ABOUT CARLOS MORENO AND THE 15-MINUTE CITY

Watch: video from the ceremony 2021 in Paris